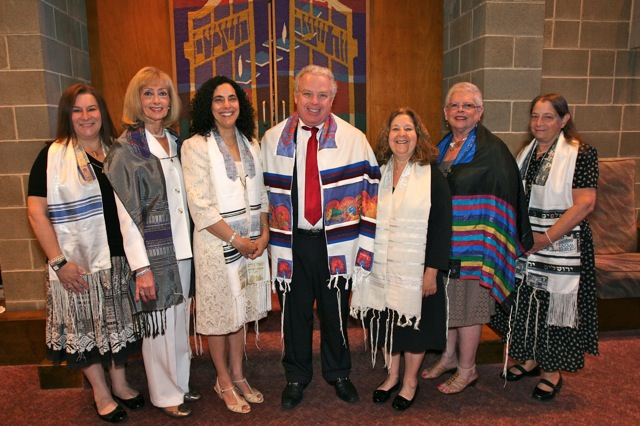 It is my pleasure and my honor to represent all of us today in a collaborative D’var Torah:

The definition of history varies with the source but I like Wikepedia’s definition best: “the study of past events particularly in human affairs”. History as the culmination of all we are; of our whole being with a myriad of depths and focus that changes as a kaleidoscope shifts. We all search for who we are based on, who we were, and who our ancestors were; reminiscent of Alex Haley’s book Roots. We each seek to find a place in this community based on our past and present accomplishments and are framed by what has happened to us as we mature. Some events proceed at a slow and cautious pace as in evolution and some at a fast planned pace of a revolution.

The parsha Korach deals with the rise and fall of Korah who dared to plan a rebellion against Moses and Aaron “together with 250 Israelite notables, chieftains of the community, chosen in the assembly with fine reputations” (Plaut). Moses warned Korah that disobedience to him and thus to the Eternal would not be tolerated. When he finished speaking, the ground opened up and swallowed all of Korah’s people and all their possessions and they went down alive into Sheol and the earth closed over them and they vanished permanently. Fire pans used by those that died in the fire were hammered into plating for the altar as a reminder to the Israelites, so that no outsider (one not of Aaron’s offspring) should presume to offer incense before the Eternal and suffer the fate of Korah and his band. The Eternal’s wrath brought forth a plague. Aaron at Moses bidding makes expiation by putting on the incense. Although a great many died, Aaron returned to the Tent of meeting and the plague was checked.

Numbers 17:16- 18:10 covers our collective Torah portion .The Eternal one further spoke to Moses ordering him to take one staff from each ancestral chieftain; twelve staffs in all each inscribed with name of the chieftain as well as Aaron’s name on the staff of Levi. In our translations, each of us continued the story. As in any good story there is love, hate, conflict, resolution, passion and jealousy.

We have all come together as metaphoric representatives of the chieftains of Israel…each of us with a different story, different perspectives. For me, I am the granddaughter of a Kahan: Rabbi Paul Cohen and the daughter of an agnostic and an atheist. My mother never understood my connection to the Temple but was glad I had a community. Much as any parent wishes for his or her child as the Eternal wished for Moses and Aaron. As we are all women, we shared a common thread in our families and were not encouraged to study Torah for a Bat Mitzvah. In many cases, benign disinterest rather than overt discouragement.

Rhonda grew up in a conservative temple and was confirmed. Her mother gave her sister and Rhonda a choice for the Bat Mitzvah and being children, promptly said no. She grew up in a non-Jewish neighborhood and did attend Hebrew school, even taking some Hebrew in college. The urge to continue her studies increased as she watched her children study Torah and got encouragement from her friends at Temple to consider an Adult Bat Mitzvah. Only Lissa, however, ended up studying with her.

Lissa grew up in a culturally Jewish family where Jewish values such as education and doing mitzvot was stressed. Her father felt that it was not important for a female to go to Hebrew school even though all of her female friends were going. Her brother was a Bar Mitzvah mainly to please her grandparents. When Lissa married, she and Neil joined Temple Israel. Lissa made sure that their daughter would have an environment that encouraged girls as well as boys to attend and participate equally in religious school. Both her children were Bat and Bar Mitzvah. Lissa thought that what they accomplished was amazing and it lead her to pursue her own Bat Mitzvah…timing is everything!

Deanna grew up in a kosher home and observed all the major Jewish holidays even though the family did not belong to a synagogue. She doesn’t remember any of her friends having a Bat Mitzvah although one cousin did. Deanna joined the temple in 2001 and several years later she, Bryn, and Blanche started taking Hebrew classes together. They decided to dedicate themselves to studying for this occasion as B’not Mitzvah .

Blanche grew up attending an Orthodox shul as a matter of convenience. Her house was kosher and her family celebrated the Sabbath and all the holidays. She was particularly fond of Purim. She never saw herself or her family as Orthodox Jews but rather as Cultural Jews. As she got older, the family joined a conservative synagogue and both she and her brother went to school there. She remembers being disappointed because she thought that she was going to learn the language that her parents spoke to each other, Yiddish. Instead she studied Hebrew. After her brother became a Bar Mitzvah, she was asked if she wanted to continue in Hebrew and become a Bat Mitzvah; she said no. Again, she was not encouraged to continue. After she got married her family joined Temple Israel and both her children where Bar/Bat Mitzvah’d and confirmed here. On retirement, she decided to continue her Hebrew studies for herself.

Bryn has a long family history of Judaism on Staten Island. Her great-grandfather was a founding member of the original Orthodox synagogue on Victory Boulevard, and her grandfather was a member of Temple Tifereth Israel a Conservative synagogue in Stapleton. However, in 1948, her parents, Seymour and Shirley Wolinitz saw a need for a reform synagogue on SI and were founding members of Temple Israel. Bryn and her brother Jeff attended Religious School and he became a Bar Mitzvah and both of them were confirmed. But in 1961, girls just did not become a Bat Mitzvah .As an adult, Bryn has spent much time at Temple Israel and watched her children become Bat and Bar Mitzvah and finally decided it was time to learn Hebrew and become a Bat Mitzvah herself.

All of us in one way or another have reconnected with our roots, have done tribute to our own staff and have proudly read Torah for you and all our friends and family. The journey continues to deepen our roots into the future… l’ dor va dor and Shabbat shalom